Tales of the Goatman (Comic Book)

While researching his 2014 book Goatman: Flesh or Folklore? J. Nathan Couch stumbled onto a quirky, hilarious independently published comic book series called Goatman Comics by writer/artist/stand-up comedian Tim Vargulish. Originally from the East Coast, Vargulish grew up on a steady diet of cryptozoological oddities, his favorite being the most bizarre monster of all, Goatman.

Vargulish’s art is reminiscent of high school math class doodling, that is to say, it manages to be “teenage” in the most charming of ways. Not since the Ramones sang Rock ‘n’ Roll High School has something so simple and youthful been so completely satisfying.

Goatman Comics is the kind of indie comic where every page is bursting with alien abductions, chupacabra battles, millionaires feasting on roasted Nessies, and all types of other brilliant insanity. The series drew to a Grant Morrison-meets-Andy Kaufman-inspired conclusion with issue #13. But now Vargulish’s Goatman is back, in Tales of the Goatman #1. 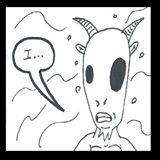 One panel which sums up the Goatman Comics vibe perfectly. By Tim Vargulish.

This new anthology series is a collection of out-of-continuity Goatman comic stories–meaning you don’t have to have read the previous 13 issues to follow the story!

Tales of the Goatman #1 contains stories written by J. Nathan Couch, and Allen Mauldin. Couch’s story involves the small south eastern Wisconsin town of Kewaskum, an area in Washington County where people have reported real-life encounters with satyr-like creatures in the Kettle Moraine Forest. In the story, a trio of twisted youths plan to exploit the creature, invoking the wrath of the Great God Pan, all while putting a mythological twist onto the titular hero’s Sci-Fi origin.

If you’re interested in obtaining a copy of this comic, the original 11 issue Goatman Comics series, or Vargulish’s other titles Man Goat, Howler, or Super Exorcist contact tvargulish@gmail.com for details! 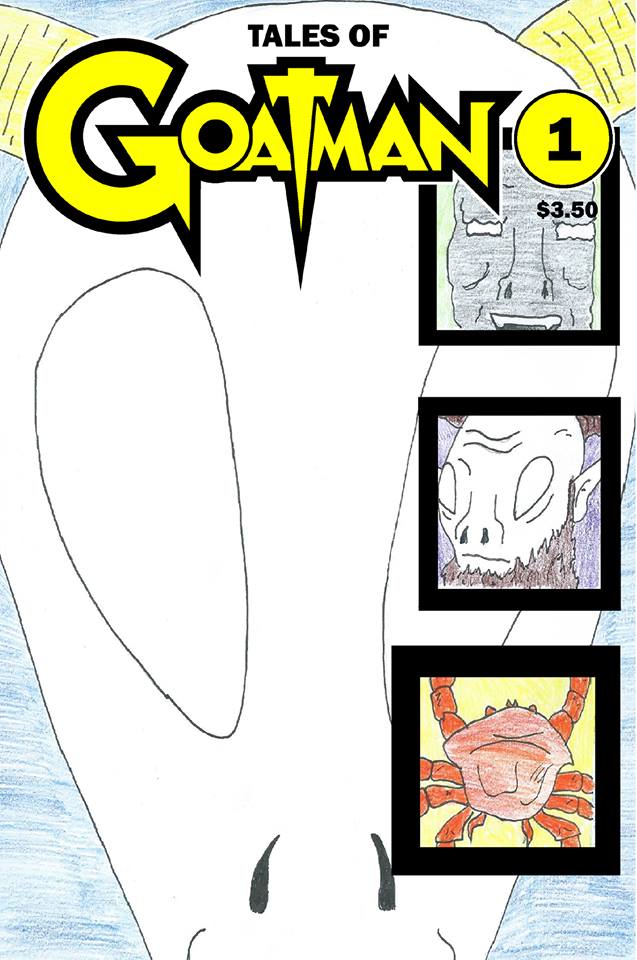