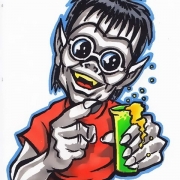 Milwaukee Paracon 2019: The Day After